The smartphone is equipped with a voice-activated 13-megapixel rear camera with F1.8 aperture and a 5-megapixel F2.2 front camera.

The smartphone has several Acer designed innovations such as AcerExtend, which will allow users to take full control of their smartphones via cable or wirelessly using their Windows-based PCs and AcerNAV, a free offline navigation software powered by TomTom and utilizing TripAdvisor POI.

The Liquid Jade Z is 7.9mm thin and weighs 110g. The smartphone will become available in March through selected EMEA retailers at a starting price of EUR199 (US$222.23). 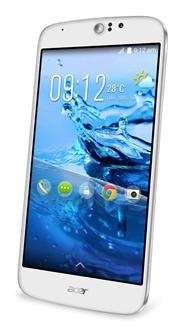