The graphics card also features Dust Removal Technology to extend longevity. The N760 HAWK uses Military Class IV components that have been tested and certified against the MIL-STD-810G standard by an independent laboratory. 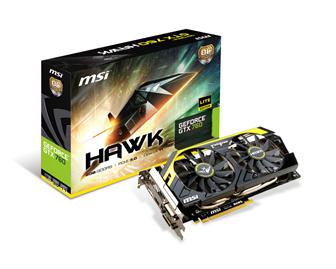