Taiwan Power Company (Taipower) is a state-owned electric power utility providing electricity to Taiwan and its other islands. According to Wikipedia (English and Chinese), in 1994 a measure was adopted to allow independent power producers (IPPs) to provide up to 20% of Taiwan's electricity. The electricity provided by the IPPs is then purchased by Taipower. Up to the end of 2010, Taipower has 11 hydro-electric power plants, 11 fossil-fuel power plants, three nuclear power plants and a total electricity generation of 40,810,000kw.

The company has been plagued by controversies for years, but the biggest ever has been the ongoing debate whether Taipower's fourth nuclear power plant (Nuke 4) project - now almost complete - in Taiwan should continue. According to the Control Yuan - Taiwan's highest government watchdog body - Taipower has been censured many times for such issues as allowing outsourced firms to provide substandard products for the new nuclear power plant, delayed construction, and misuse of funds.

In 2003, the Control Yuan censured Taipower twice over the construction of Nuke 4. According to the Control Yuan website, on January 10, 2003, Taiwan-based China Shipbuilding Corporation (CSBC) and Taipower, the two companies responsible for the procurement of the base for a reactor unit at Nuke 4 were censured due to failing to monitor their contractors who used substanard products. This resulted in cracks in the first welding layer, affecting the quality and safety of the reactor unit.

Taipower is rebuilding a dock around Nuke 4. For the dock construction, the Control Yuan on September 16, 2003 faulted Taipower for failing to gather scientific figures while compiling an environmental impact evaluation report.

On June 8, 2011, Taipower was censured again for ignoring the safety of Nuke 4 by changing thousands of items in the original design. Taipower was also censured because it did not monitor and test the power lines, delaying the commission date.

On July 19, 2011, Taipower was censured for the concrete procurement for Nuke 4. Taipower failed to procure the required concrete due to a shortage. Taipower further twisted the law governing the bidding process for the project.

On August 8, 2012, Taipower was censured for not following the "Nuke 4 Construction Quality Guarantee" guidelines, resulting in flooding at various locations in the plant during a test run.

On March 20, 2012, Taipower was censured for not having a general contractor for the entire Nuke 4 project. Poor coordination meant 835 additional procurement caes, spiking up service charges. In addition, some equipment procured did not meet the requirements and standards.

On January 15, 2013, Taipower was censured for numerous flaws in the procurement and installation process of the bendable metallic conduits. Some conduits were installed at the wrong spots and the supplier does not guarantee the products meet the safety requirements for a nuclear power plant.

These are just the cases that the Control Yuan have dealt with regarding Nuke 4. There are more cases regarding Nuke 1, 2, 3, and other power generation plants owned by Taipower. Seriously, who can guarantee the safety of the four nuclear power plants in Taiwan? 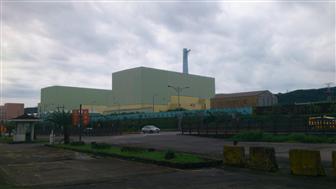