Another eye-catching event at ASRock booth is the gaming show by TeSL professional e-sports athletes: Jojo from XPEC Ironman Team versus Nifi from Wayi Spider Team. The two professional gamers played StarCraftII against each other and the best-of-three won. After three intense games, Jojo knocked Nifi down by winning the first and the last game. The once-tie situation keyed up the audience and pulled more people to ASRock booth for the gaming results.

In addition to the overwhelming stage events, ASRock showcased several new products at booth. The stage events will be held on a daily basis during COMPUTEX, please visit ASRock booth at L1029A, 4F Nangang Hall. 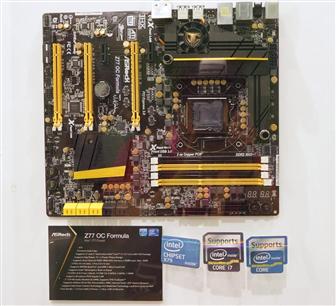