The development of processors has entered the generation of the "heterogeneous multi-core processor", in which the integration of different types of processors (such as GPU, DSP, general processors, etc.) in the same chip, is not only delivering strong compute-performance, but also bringing about several innovative changes in functionality and the control of embedded system products, according to AMD. However, during the transition, if R&D personnel continue to approach development following the working habits established for single-core processor designs, the effects that can be enhanced by adopting multi-core architectures will ultimately be quite limited.

The situation is similar to that of the internal combustion engine which was rapidly applied in many different types of vehicles such as cars, trucks and motorcycles following its invention in the early 19th century, while in the 1990s, due to environmental protection and energy conservation concerns, the gasoline-electric hybrid internal combustion engine was invented. Starting from the advent of the first integrated-circuit-based embedded computer in the 1960s, a diverse range of applications has emerged which can now be seen everywhere from enterprise-based PCs, vehicles, industrial machines, and medical equipment, down to daily-use devices such as handsets, tablet PCs and TV set-top boxes (STBs). By 2011, integrated circuits had evolved into heterogeneous multi-core processors to satisfy demand for applications such as real-time video recording, 3D graphics and human-computer voice/physical interactivity, all of which involve complex or high-volume compute-workloads.

The term "heterogeneous multi-core processor" refers to the integration of different types of processors (such as GPU, DSP, general processors, etc.) into the same chip with a structure designed to allow the internal processors to share the same main memory. AMD corporate, Vice President of Worldwide Business Management and Channel Marketing, David J Kenyon pointed out that, limited by physical conditions such as semiconductor manufacturing processes, power consumption and architecture complexity, traditional single-core processor architectures and the pursuit for higher clock frequencies to enhance performance have already reached their limit; therefore, makers have started to consider multi-core processor architectures by integrating multiple processing units into a chip to resolve performance bottleneck issues.

In view of this trend, AMD has unveiled its latest-generation AMD Fusion accelerated processing unit (APU), which integrates a standard x86 technology-based multi-core central processing unit (CPU) with a graphics processing unit (GPU) offering system-level programmability via a DirectCompute graphics processor application interface and Open Computing Language (OpenCL) in a single chip. The design speeds up the efficiency of data transmission processes between cores, while assisting equipment makers looking to transition into the heterogeneous multi-core processor industry from a homogeneous multi-core processor environment.

"Not only are we helping to expand industry standards, we are also targeting applications including high-level frameworks, mid-range video/image/mathematic/science/physical computations and different types of compile and debug tools to make improvements." said Kenyon, who also pointed out that, "In the future, if equipment needs to process work with high-level logic and complex calculations, this can be handled by the CPU, while the GPU can be specifically responsible for resolving single high-density workloads that are related to graphics."

In addition to strong compute-performance, AMD's Fusion APU architecture also delivers several innovative changes in the functions and control of embedded products. "Due to the appearance of the heterogeneous multi-core processor, many software and hardware environments, as well as open standards, which are supported by such systems, have received overall improvements, allowing ideas that used to be unfeasible due to lack of compute support, to begin to be realized."

"Because heterogeneous multi-core architectures are still in the earliest stages of development, there is still considerable room for performance improvements targeting certain applications" said Kenyon. During the process of improvement, the only limitation will be the programming models used. But if R&D personnel continue to follow working habits and models for single-core processor architectures, any improvements will be quite limited.

Kenyon said, "We hope that this ecosystem of software, tools, and partner solutions will help the industry to simplify the creation, development and deployment of heterogeneous multi-core processor-based products."

As an example, US-based Emerson leveraged the power and flexibility of AMD's programmable APUs as part of an upgrade to the company's network of sensors and detectors from wired to wireless to achieve its goal of increasing management effectiveness. The company aimed to recalculate the required time for 100 nodes to reduce the time to below one minute. "The company used AMD's G series APU as a basis for the new platform and adopted TMT's parallel processing software to resolve the problem." When the project completed, the company was able to finish the calculation for 250 nodes in just 14 seconds.

Currently, AMD has many partners in the software, motherboard or system industries, such as TMT, Sage, Viosoft, ArcSoft, Brown Deer, Caps, PolyCore and Zircom. Kenyon said, "Heterogeneous multi-core processors are the trend of the future and are bound to trigger a new wave of innovations and applications. To that end, AMD promises to continue to follow open standards such as OpenCL in order to provide partners with services to simplify development, while assisting them in effectively leveraging advanced parallel architectures and unleashing the full potential of integrated CPU/GPU designs, ultimately providing embedded device platform developers with superior performance and better implementations. 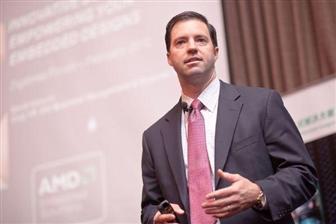 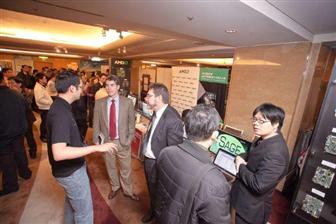