KRATOR has been devoting to the artistic design and high audio profession since it announced itself to the world. It brought the audio technology from home-theater system to the multi-media system, making its product s joyful visual statements and listing experience with them a pleasant journey .

During this show, like it has always been since 2011 Cebit, Hannover , the nearest launched series Neso 04 will surely pleases the audiences in Taiwan . KRATOR would also introduce its latest game speaker: JANUS to the audiences.

NESO 04, aside from the core value of USB power design on 2.1ch system, this series includes world's geography contour to its works. According to different attributes of sales channel, this series is further divided into 3 different sub-series:

From modern a rchitectural realism to the association of environmental protection, this sub-series sings the same tune with those who care for our Mother Earth. The 26-watt model is of special for its utilization on power and circuit design and thus helps to power conservation.

Neso 04_ Drop to the Nature

Originated from the association of rain drop and its connection to nature resource, this sub-series elaborates its caring to the balance of ecology system and thus adopts USB power design to help make power usage effectively. These two model s : 12W/5W , are known for their gentle warm voice and vivid yet meaningful figure.

At KRATOR, we're on a mission to transform the landscape of consumer speaker, headphone, and gaming speaker. That delivers both aesthetic design and precision-driven performance.

At KRATOR, we're on a mission to transform the landscape of consumer audio and gaming peripherals.

Please visit us at http://www.krator-global.com/ 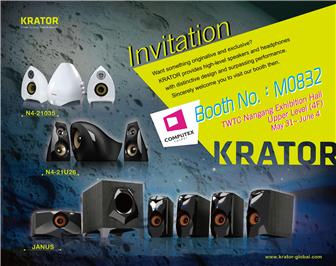 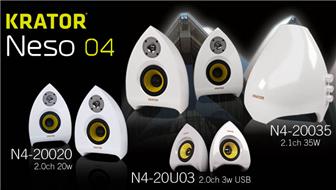 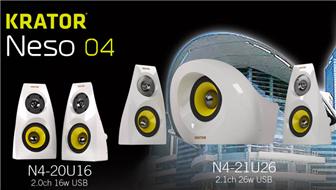 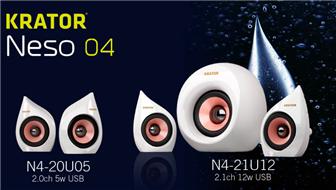