In addition to the features from its former design, the N460GTX HAWK, the new model is equipped with 0.4ns GDDR5 super-high speed graphics memory and has also a default GPU and memory clock speeds of 810MHz and 3900MHz, respectively. 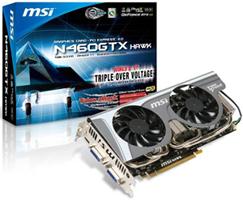