Nvidia has announced the expansion of its Quadro professional graphics solutions based on the Fermi architecture. The mid-range Quadro 2000 with 192 CUDA processing cores and the entry-level Quadro 600 with 96 CUDA processor cores now bring the computational and visualization benefits of the breakthrough Fermi architecture to all segments of the market, the company said.

The new entry-level Quadro 600 is a flexible half height solution that features the industry's best performance per watt for applications such as Autodesk AutoCAD 2011, and empowers professional designers to interact with models that are twice the size and complexity compared to previous entry-level solutions, the company claimed.

Both the Quadro 2000 and Quadro 600 feature 1GB of graphics memory and are compatible with the new Nvidia 3D Vision Pro active shutter-glasses solution, providing powerful visualization and analysis in an immersive, high-quality stereoscopic 3D experience.

The Quadro 2000, priced at US$599, and Quadro 600, priced at US$199, are available from global workstation manufacturers, including Dell, Hewlett-Packard (HP) and Lenovo, as well as authorized distribution partners including: PNY Technologies in North America and Europe, Elsa in Japan, and Leadtek in Asia Pacific. 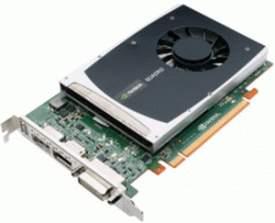 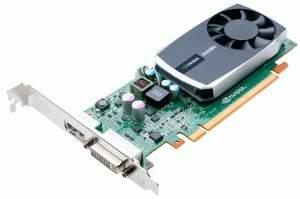