Hynix Semiconductor has announced its second-generation 1Gb DDR3 chip using 54nm process technology. The new 1Gb DDR3 chip available now in x4 and x8 configurations, and has been produced in mass volume from this month (October 2009). 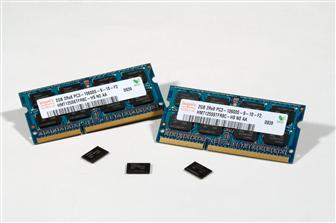