Sony, on September 3, unveiled two new Cyber-shot series digital cameras, DSC-T700 and DSC-T77, for launch in the Taiwan market on September 11 at recommended retail prices of NT$13,980 (US$440) and NT$10,980 respectively, according to Sony Taiwan.

Both models feature smile shutter and automatic face detection. The DSC-T77 is as slim as 13.9mm, Sony Taiwan pointed out.

Sony is the largest vendor of digital cameras in the Taiwan market with a market share of 25-30% currently, according to industry sources. 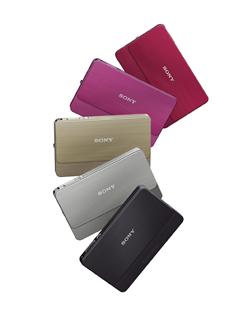