Gigabyte United has announced the launch of the GV-NX88T512HP, based on Nvidia's GeForce 8800 GT GPU.

The GV-NX88T512HP is equipped with TurboForce overclocking technology that boosts performance up to 10.47% , while the card also features the Zalman VF700-ALCU thermal solution which utilizes a two-ball bearing design for better reliability and durability. 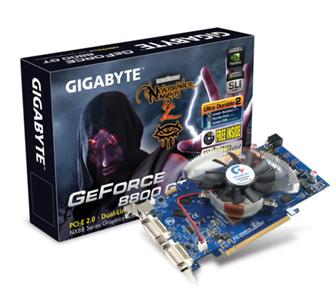