Fujitsu has adopted a 14.1-inch display in a 13.3-inch housing for the LifeBook S6510 through its SlimEdge Design, allowing a screen with a 16:10 ratio that makes it possible for business users to open up two applications in a horizontal layout, noted the company. The LED-backlit SuperFine WXGA panel has a brightness of 300nits, offering excellent brightness and clarity of display, according to Fujitsu. 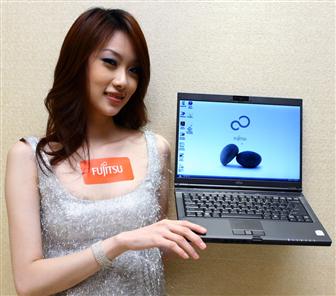