Leadtek announces the latest graphics cards based on Nvidia G92 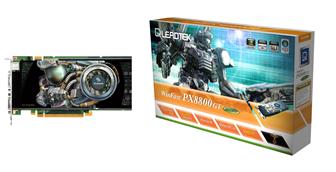