Leadtek Research has announced the launch of its high-performance hybrid TV capture card with the latest PCI Express interface, the WinFast PxDTV2300 H.

The WinFast PxDTV2300 H provides high-definition DVB-T and worldwide analog TV reception, including NTSC, SECAM and PAL plus full screen stereo/SAP support. Users can pick from MPEG-4/2/1, WMV, VCD, DVD and SVCD for recording, and with the 9-in-1 A/V cable, the card can support component video input up to 480p, highlighted the company. 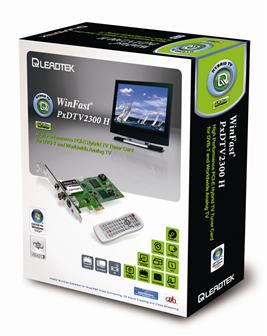