The PCI-X structure of the P5NT WS motherboard is a newer, higher speed version of the conventional PCI standard. It is also fully hardware and software backward compatible to previous generations of PCI, stated Asustek.

The P5NT WS also encompasses an 8-phase power design that reduces input ripple current and output ripple voltages – keeping the CPU and power modules from the risk of high power stress. It also provides reliability under heavy-loading and overclocking by stabilizing output current and voltages. All this effectively lets components attain longer lifespans and allows them to operate at 15 degrees Celsius, lower than conventional solutions. 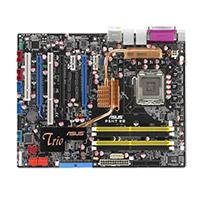