Biostar has released its T-Series TF560 A2+ motherboard which supports AMD's upcoming socket AM2+ CPUs. Although socket AM2+ CPUs will not launch until later in the year, the socket is backwards compatible and is able to support both AM2 and AM2+ CPUs, according to the company.

The TF560 A2+ will be available in the US on June 29 and in Europe at the beginning of July with a price of US$80, according to the company. 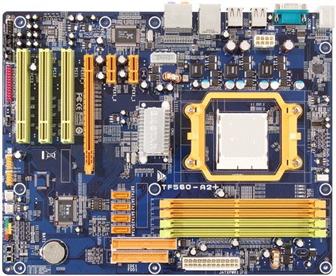