Albatron Technology announced its latest performance cards, the 8800GTX and 8800GTS, featuring support for the DirectX 10 standard that promises a faster, more exciting gaming experience for the market, according to the company.

Both of these cards use PCI-Express, SLI compliant and include Nvidia's PureVideo technology and support HDR (High Dynamic Range lighting). These cards also support High Definition H2.64, MPEG-2, WMV hardware acceleration and High-Quality Scaling. They will support dual-link DVI ports supporting two displays with resolutions up to 2560×1600, according to Albatron.

Aside from the driver CD and install guide, both of these cards will also come with an HDTV cable (S-video and composite out), S-Video 4-pin Cable, AV cable and DVI adapter. 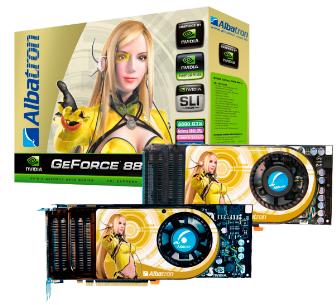