Tul, a Taiwan-based graphics card supplier, has announced the PowerColor X1650 XT, its second graphics card to include a chipset manufactured at 80nm process and to feature the new CrossFire Bridge Interconnect.

The PowerColor X1650 XT clocks at 600MHz, with memory at 700MHz (1400MHz effective) 256MB DDR3 RAM and 24 pixel processors. This board is also HDCP (High-bandwidth Digital Content Protection) and Windows Vista ready. The PCIe version will be priced under US$150, while the AGP version will be just under US$170, according to Tul. 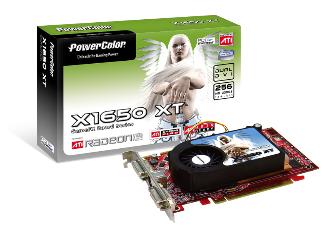