AOpen takes the lead in the desktop Pentium M market 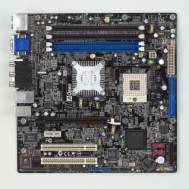