Competition heats up for e-buses in Taiwan, challenges loom 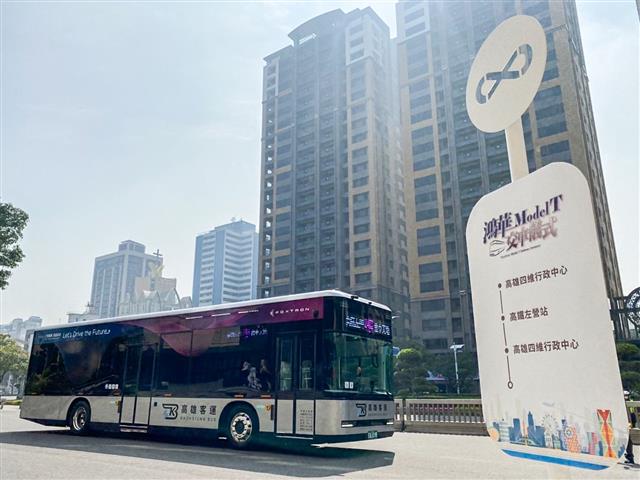 Foxtron Vehicle Technologies' electric bus, the Model T, is set to start operation in Kaohsiung on March 16, heating up the race among Taiwan's e-bus developers.

A subsidiary of Hon Hai Technology Group (Foxconn), Foxtron on March 3 transferred control of the first Model T to the San-Ti Group, which owns Kaohsiung Bus, in a ceremony in southern Taiwan.

Its initial goal is to produce 30 such buses, Foxtron said, adding that Kaohsiung is only its first stop.

Among them, RAC and Master first obtained subsidies from the Ministry of Transportation and Communications with their locally designed and developed vehicles. The two companies also plan to expand production, sources said.

Another question for e-bus makers is how to put the vehicles into operation while gradually reaching out to overseas markets, observers said.

If the e-buses can be incorporated into a city's transportation networks, they can be connected to various smart applications, and their charging stations can be linked to smart electricity grids, they said.

After all, Taiwan's e-bus market scope is limited, so developers have to find appropriate ways to enter the international market. However, just as Taiwan's government has certain requirements regarding the local content of e-bus manufacturing, other countries may impose some regulations to protect domestic supply chains. Even if Taiwanese developers can export fully assembled e-buses, they will inevitably encounter Chinese rivals, the sources said.

Facing diverse challenges, Taiwanese developers must come up with thorough solutions. How to maximize the values of their products and services is a challenge for them at this juncture. If they can go beyond the e-bus industry's limitations and provide differentiated services, they may add more value for their customers.