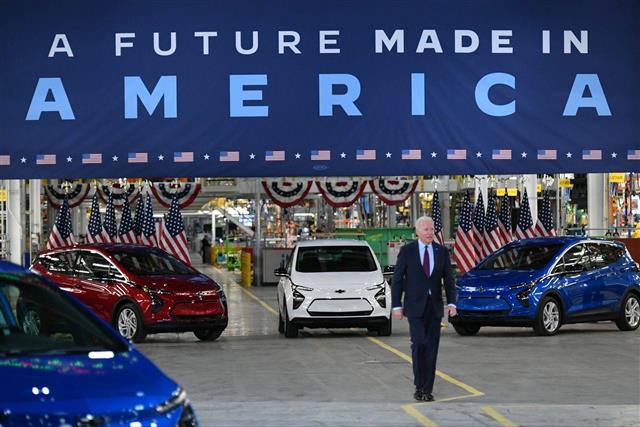 As the US is eager to build its EV supply chain to reduce its reliance on China, LG Chem joined the ranks in expanding investments and building its largest cathode material plant in the US.

According to LG Chem's press release, the company signed an MoU with the state of Tennesee to invest US$3.2 billion and build a 420-acre cathode material manufacturing facility in Clarksville, with an annual production target of 120,000 tons of cathode material by 2027, enough to power 1.2 million pure EVs.

According to the press release, the new facility, whose construction will begin in the first quarter of 2023 and mass production is expected to begin in the second half of 2025, will make advanced NCMA cathode materials and feature LG Chem's most advanced production technology. Besides, the facility is expected to help LG Chem to quadruple its annual sales from KRW5 trillion (US$3.7 billion) in 2022 to KRW 20 trillion by 2027.

LG Chem said Tennessee provides proximity to key customers and ease of transporting raw materials. Besides, the Tennessee facility allows LG Chem to address the changing dynamics of the global battery material market, implying the Inflation Reduction Act (IRA) that was put into law in August, which requires more than 50% of the primary components to be sourced from North America for battery makers and their EV customers to be eligible for US subsidies

Nikkei Asia and Electrive reported that the cathode materials produced at its Tennessee plant would be provided to Ultium Cells, a joint venture between LG Energy Solution and General Motors (GM). According to an agreement signed by LG Chem and GM, LG Chem will supply GM with more than 950,000 tones of cathode active materials from the second half of 2022 until 2030.

Besides LG Chem, Nikkei Asia reported that Hyundai Motor invested US$5.5 billion to build its EV production lines in Georgia to attract customers who would benefit from the tax breaks provided by the IRA.