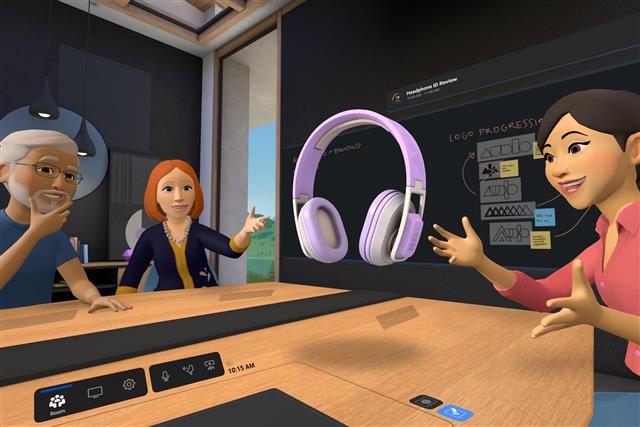 In 2022, Meta has been focusing more on its commercial VR market operations due to the pandemic changing the way people work. Besides the Meta Quest Pro's emphasis on commercial use, Meta also announced that it'll continue to update the Meta Horizon Workrooms platform, adding Zoom and Microsoft Teams to Workrooms, building the new virtual office platform Magic Room, and more.

At Meta's 9th annual Meta Connect conference, the attention is all on Meta's plans for the VR/AR/MR sector. In contrast to the price advantage flaunted by Meta's previous VR devices, Meta stated that the new Quest Pro is the first device in its top-class product line, selling for US$1,650.

To correspond with the launch of a new VR device, Meta has announced several VR peripherals to make it easier to cross-platform on Meta Horizon Worlds. In addition, Meta also announced several collaborations and application services. This includes joining forces with NBC Universal, collaborating with the YouTube VR team to develop social services, adding Xbox Cloud Gaming to the Quest Store, enhancing exercise/sporting content, and more.

Sources in the VR sector believe that in terms of high-end VR devices and commercial VR market expansion, HTC is in the lead. When looking at HTC's plans for the VR sector in recent years, in addition to hardware devices, platforms, and the creation of a variety of applications and ecosystems, HTC has also introduced VR to different vertical applications and used it to drive the sales of VR devices.

When comparing the two, one can note the clear differences between their operation direction and target market selection for VR. HTC is more focused on the commercial market while Meta focuses more on the social, gaming, and media sectors.

Now, with the release of the Meta Quest Pro, due to its position/pricing aiming at the high-end market, it's clear that Meta is aiming beyond the hardcore VR gamer market. Commercial applications are certainly going to become a place where Meta expands its investments.