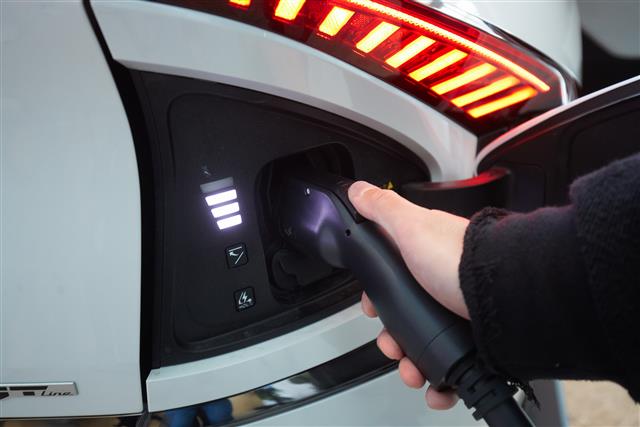 Hertz Global Holdings plans to buy as many as 175,000 electric vehicles (EV) from General Motors over the next five years, the latest major step by the rental giant to embrace plug-in cars.

The deal includes the Chevrolet, Buick, GMC, Cadillac and BrightDrop brands spanning categories such as pickups and luxury automobiles, according to a statement Tuesday. Deliveries will begin with Chevrolet Bolt EV and Bolt EUV models in the first quarter of next year.

The agreement "will dramatically expand our EV offering to Hertz customers, including leisure and business travelers, rideshare drivers and corporates," Hertz CEO Stephen Scherr said in the statement.

The move comes as the auto industry accelerates a shift toward production of more EVs, with GM making a bold pledge to fully electrify its lineup by 2035. For Hertz, the deal will deepen its push to electrify its rental fleet after announcing a plan to buy 100,000 Tesla EVs a year ago.

GM will get an influx of sales just as the company starts building a total of five electric models using its Ultium battery this year and next. The Detroit automaker has been selling its Hummer electric pickup and started production of the Cadillac Lyriq SUV recently, but the big push comes in 2023 when GM starts building electric versions of its Chevrolet Silverado pickup, and Chevy Blazer and Equinox SUVs.

GM North America president Steve Carlisle said he expects margins on EVs sold to fleets will be similar to profits on retail vehicles.

In addition to fleet sales, GM sees the deal as a way to boost interest in electric vehicles among consumers who don't yet own one. Carlisle said research shows consumers are twice as likely to consider an EV once they test one.

"Our goal is EVs for everyone everywhere," Carlisle said on a call with journalists. "We see this as a key enabler to that."

The latest deal builds on orders Hertz already has in place for other EV models. Besides the Tesla tie-up, Hertz also revealed an agreement earlier this year to buy 65,000 vehicles from Polestar, the all-electric automaker controlled by Volvo Car AB and its owner Zhejiang Geely Holding Group. Hertz has a goal of making one-quarter of its fleet electric by the end of 2024.

Commitments from fleet buyers such as Hertz offer GM a way to accelerate sales of EVs and build scale economies from larger production volumes. The first version of the Silverado that goes on sale next spring is designed for fleet clients. So, too, are GM's BrightDrop electric delivery vans. FedEx took delivery of its first 150 BrightDrop vehicles in June.

The pair called on the EPA ensure that at least 50% of new vehicles sold by 2030 are zero emitting, while achieving at least a 60% reduction in greenhouse gas emissions in model year 2030. That coincides with GM's plan to make Cadillac and Buick all-electric by 2030 and have its entire US fleet battery powered by 2035.

Categories
Vehicle
Tags
electric vehicles General Motors Hertz vehicle
Share this article
Other links
Print
Related content
Related stories
More than half of US car sales to be electric by 2030
Ford reportedly to downsize dealership; GM has done it
GM and Toyota securing lithium supply for EV ramp up