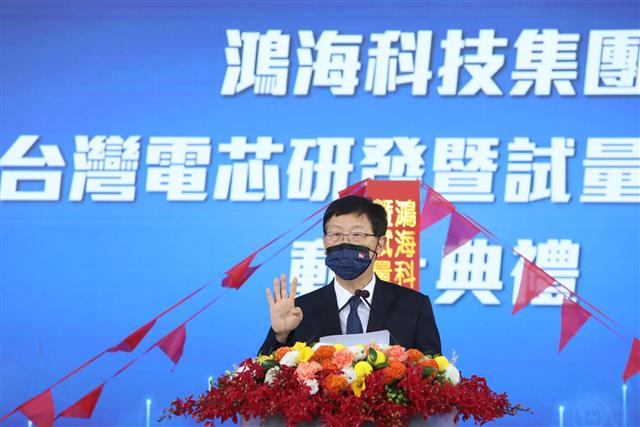 Foxconn (Hon Hai) has broken ground in southern Taiwan for a NT$6 billion (US$201.58 million) project to build a R&D and manufacturing facility for battery cells.

Foxconn chairman Young-Way Liu, presiding over the ground-breaking ceremony at Kaohsiung's Hofa Industrial Park on June 15, said the target is to begin trial production at the facility in the first quarter of 2024, which will cater to the initial demand for electric buses, electric passenger cars and energy storage applications.

Its production capacity can reach 1.2GWh, and may expand further depending on market demand, Liu said.

Kaohsiung mayor Chen Chi-Mai said that electric vehicles (EV) are a global development trend, and he has been actively promoting the development of the southern city's EV industry since taking office, and has been seeking investment from key manufacturers.

The city government will continue to work together with Foxconn to build a complete battery, R&D, and vehicle production ecosystem in Kaohsiung, Chen said.

Foxconn has been making aggressive moves for the EV industry, having already formed an MIH open platform for EV development.

Liu noted that the Hofa facility - which will mainly develop and make LFP batteries - is only the starting point of a local EV ecosystem, and Foxconn will turn Kaohsiung into an important base of the company's EV business development.

Liu said that Foxconn will also move into the Chiaotou Science Park in Kaohsiung to build a national-level test site for self-driving vehicles and vehicle-connectivity.