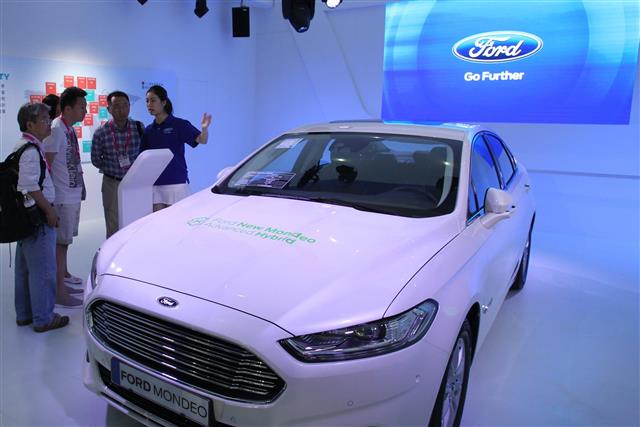 Ford decided to close its loss-making India plants in 2021, but it could possibly change its mind by making electric vehicles (EV) in India.

The Economic Times, citing people familiar with the matter, reported that the Ford and the Tamil Nadu government were in preliminary discussions to repurpose Ford's Chennai plant to manufacture and export EVs. A Ford spokesman told Financial Express that they are exploring the possibility of using a plant in India as an export base for EV manufacturing.

Ford, optimistic about the potential of India's rising middle class, has set up four plants in India starting in 2012 in Sanand, Gujarat, and Chennai, Tamil Nadu. However, unable to compete with other automobile brands like Maruti Suzuki and Hyundai Motors and with operating loss accumulating to US$2 billion, Ford in 2021 decided to close its India plants in two phases, leaving only one engine plant in Sanand operating.

Still, according to a press release by India's Ministry of Heavy Industries in February 2022, Ford India was among the eligible applicants for the Performance Linked Incentive (PLI) for electric and hydrogen-fuelled vehicles, which means Ford may invest in manufacturing EVs in India.

Bloomberg reported that vehicle electrification might offer Ford another opportunity to take a shot in the market of 1.4 billion people. Though EV accounts for only 1% of vehicle sales in India, it is growing fast. According to the Federation of Automobile Dealers Association of India, retail sales of electric cars and SUVs jumped 324% in March despite a fall of 7.8% in overall sales of passenger vehicles.

After deciding to close plants in India, Ford wants to sell its plants to third parties, and The Economic Times, citing unnamed sources, reported that Tata Motors could take over the Sanand plants. Meanwhile, the unions at Chennai and Sanand plants have been demanding job protection in the event of a third party taking over the plants, according to Financial Express.

General Motors, which decided to stop selling cars in India in 2017, has been blocked from selling its factory in India to China's Great Wall Motors due to a labor union's opposition. Bloomberg reported Ford's case might hold lessons for General Motors.

According to Vahan Dashboar, Ford Motor sold 32,933 vehicles in India in 2021, ranking the 21st, far behind Maruti Suzuki's 1.26 million units. Ford's 2021 Indian sales even lagged behind MG Motor, established in India by China's SAIC through its UK subsidiary in 2019.