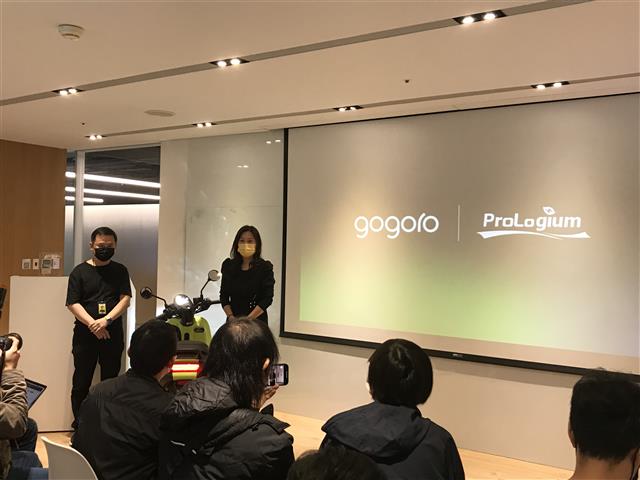 Gogoro chief product officer Peng Ming-i said they plan to start producing solid-state batteries with ProLogium for their e-scooters in 3-4 years. A solid-state battery uses solid-state materials to replace liquid, flammable electrolyte in regular batteries. It is safer and lighter with higher energy density and longer battery life. According to Hsu, they are considering using silicon oxide and other materials as the main anode material.

Solid-state batteries are the holy grail for the EV battery industry – but production costs remain high. Peng said they are still trying different materials to get the best performance out of the battery and to lower production costs. For the prototype, Hsu said production will need to increase to at least 30GWh to bring production costs to as low as that of conventional lithium ion batteries. But in the coming years, ProLogium projects production to rise by double-digit annually from 2-3GWh.

The battery maker currently supplies solid-state batteries to be used in electronics. This January, it has signed a technology cooperation agreement with Mercedes-Benz to produce solid state battery for four-wheel EVs.

Gogoro said they are exploring different sales options for after the world's first solid-state batteries for EV will be put in volume production. Before that, they are working on building more battery swapping stations in Taiwan and other markets such as Indonesia. Currently, Gogoro has about one million lithium batteries in service.