Foxconn's partnership with Stellantis key to its future mobility development 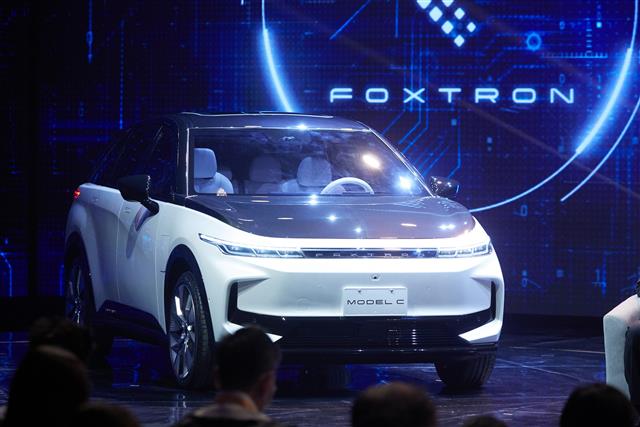 As Hon Hai Technology Group (Foxconn) is delving deeper in the electric vehicle (EV) industry, the market is waiting to see how smoothly Hon Hai can cooperate with Stellantis and how their affiliate MobileDrive would fare in smart mobility, suppliers said.

It is reported Apple might launch the Apple Car by 2025 and that Hon Hai could be one of its suppliers.

However, industry suppliers described the Apple Car as a future star that has yet to show up, saying that Tesla remains the lead EV developer given its annual sales of up to 1.5 million cars.

Whether Hon Hai could kick off its EV sales successfully hinges on its cooperation with Stellantis, the world's fourth-largest automaker, the suppliers said.

The conglomerate needs an impressive start, so it can energize its market deployments for EVs before it cuts into the Apple Car's supply chain, they said.

The movements of MobileDrive, established by Hon Hai and Stellantis, are crucial, the sources said.

Established in Europe in early 2021, Stellantis can learn the ropes fast and shorten the time to market through its partnership with Hon Hai, which in turn can verify its vehicle-related technology through the partner's market base, they said.

Nonetheless, the first challenge to their partnership might be the need for cultural blending, they said.

Stellantis was established through the merger of France's Groupe PSA and Italy-US' Fiat Chrysler Automobiles (FCA), while MobileDrive was born in Asia. It is predicted that some cultural clashes would be inevitable, but clashes could also give rise to new inspirations, observers said.

In addition to the Apple Car, Hon Hai is working with another EV startup, Fisker. It is reportedly also allying with auto startups in Southeast Asian countries and India.

The MIH EV platform initiated by Hon Hai involves a large proportion of startups currently. The startups can minimize time to market with Hon Hai's support. However, even if they are competitive in business models, capital raising, and cost control, they still have to tackle the following challenges.

Mass production: Before a designed vehicle can enter mass production, there are a series of barriers to cross. Hon Hai is not exempt from the barriers even though it is a Tier 1 manufacturer of ICT components. Apple has its own share of challenges as it develops the Apple Car.

Sales performance: Market acceptance is the real trial. For an automaker, no orders means no future, especially when many powerful rivals are around. Compared with mainstream brands, startups usually have more difficulty gaining consumers' trust, so the thresholds of sales are higher for them.

After Hon Hai consolidates its partnership with Stellantis, startups would not be their only channels, suppliers said.

Market observers are watching how Hon Hai will build on its rapport with China-based automakers to expand its leverage in China's market, a critical segment for the EV industry, they said.

The above analyses derive from suppliers' opinions. For Hon Hai's exact plans, please refer to the company's own announcements.

Source: Suppliers in the EV industry; compiled by DIGITIMES, March 2022