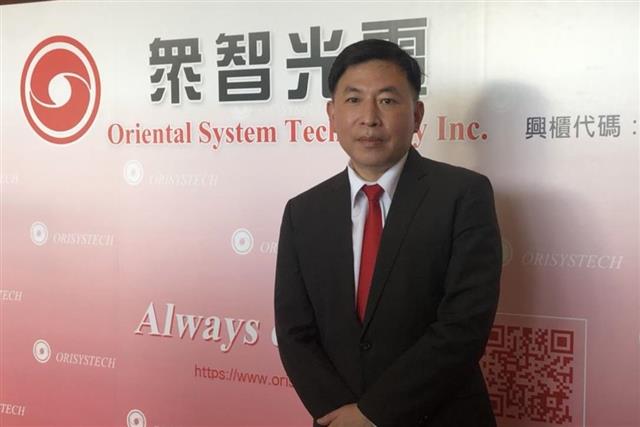 Taiwan-based Oriental System Technology (OST) is expected to scale up its shipments of infrared (IR) MEMS sensors for gaming notebooks to 4.5 million units in 2021 from 2.8 million in 2020.

It may further cut into the supply chain for TWS (true wireless stereo) devices, according to industry sources.

Many notebook vendors in the US and Taiwan have gradually adopted IR sensors to better monitor notebook chassis temperatures, and OST has successfully ventured its IR MEMS sensors into their supply chains by collaborating with MCU makers including Hycon Technology, the sources said.

OST chairman Andy Wu has said that it is now the world's only supplier of IR MEMS sensors for gaming notebooks, and its 2021 shipments of such sensors is estimated to grow 60% on year from 2020.

He also disclosed that the company has sent samples to many brand vendors of gaming and creator notebooks for validation, and expects to enlist 1-2 new clients in 2021.

OST saw its shipments of IR sensors for ear/forehead thermometer applications sharply rise to account for 70% of its revenues in 2020, driven by strong anti-pandemic demand.

It expects the ratio of its IR sensor shipments for medical applications will return to general levels in 2021 while shipments for gaming notebooks and high-end household appliances will ramp up significantly, with its overall shipments of IR MEMS sensors estimated to top 10 million units by the end of the year.

The company mainly relies on Vanguard International Semiconductor (VIS) and Mosel Vitelic for foundry services and on Lingsen Precision Industries for MEMS packaging, the sources said.