NDMC began to use a VR-based education system through cooperation with HTC Deep in 2017, with students' learning featuring immersion, interaction and imagination. 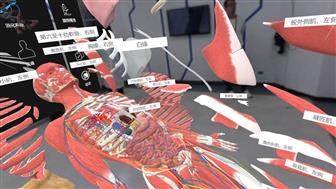