Supply chain
IIoT is emerging but when will the market really take off?
Ninelu Tu, DIGITIMES, Taipei
Friday 29 June 2018

Foxconn Industrial Internet (FII), a subsidiary of Foxconn Group (Hon Hai), recently launched its initial public offering (IPO) in China at CNY13.77 (US$2.08). However, FII's share price failed to perform in line with expectation, tumbling from the closing price of CNY25.7 on the first day of trading to CNY18.21 on June 25 at closing. The sliding share price casts a shadow of doubt over future developments of Foxconn and FII.

Market observers had expected Foxconn chairman Terry Gou to address investors' concerns at the company's annual shareholders meeting on June 22. Rather than giving a direct response, Gou only commented the company would not interfere in the free and fair operation of the stock market. But he did give a positive outlook on Industrial Internet of Things (IIoT) developments.

Gou also repeatedly mentioned that the US-China trade war is not about trade, but it is a tech war and also a manufacturing war. Gou said the Internet was used as a social network for communication between people in the early days. Later it was used for communication between people and devices, for example, to enable online shopping. All the Internet advances require the support of the manufacturing industry. With today's focus being on cross-device communication, IIoT developments aim to eliminate intermediary steps that are dispensable and further create new needs and opportunities.

By elaborating on IIoT backgrounds and characteristics, Gou tried to give the investors at the meeting a sense of IIoT future development and market potential while detailing Foxconn and FII's IIoT investments and achievements.

For example, he explained the differences between the artificial intelligence (AI) technologies his company is developing and the common AI technologies referenced by the market in terms of data, applications, data technology (DT), platform technology (PT), analytics technology (AT) and operation technology (OT).

Although Gou repeatedly highlighted that his corporation has the world's most comprehensive physical manufacturing platform as well as core expertise and technologies in manufacturing, which is instrumental to driving widespread AI industrial applications, investors still had no clue as to how actual benefits and profits could be generated from Gou's vision.

Innovative technologies and new business models generally develop at a slower pace in the beginning as the market needs to be expanded or people are still taking a wait-and-see attitude. When the technology or market becomes mature, the costs will come down and explosive growth can follow.

China and many countries worldwide are engaging in efforts to bring automation and digitization to make manufacturing smart. However, even China, making the most aggressive efforts, only has limited IIoT adoption. The five major certified platforms are currently largely used within the corporations that developed them, with limited commercial use by other companies.

For example, Gou said many times Foxconn has six lights-out factories in operation under IIoT framework. The number may seem quite substantial, but for a company that has so many production lines and manufacturing plants, the number is actually disappointing.

Yet the six lights-out factories still clearly demonstrate how IIoT can be put to practical use and that there is a massive potential market for FII. As long as China stays on the course set in its Made in China 2025 initiative, FII can expect a constant revenue stream. After all, the Foconn Group's internal demand alone could be sufficient to support FII.

FII may not be able to push widespread IIoT adoption, but it should not have any difficulties staying alive.

For the investors of Foxconn or FII, the real question may not be about what Foxconn or FII will be doing, but about when the IIoT market will really take off. For Foxconn and FII, who are banking on IIoT to support their transformation, must make sure they are fully ready when the market takes off. 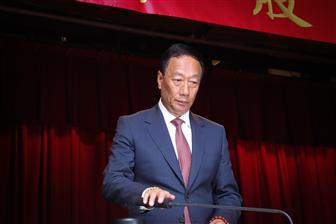