Gigabyte Technology is exhibiting its latest innovations at CES 2015 in Las Vegas, the US during January 6-9, with a focus on X99-SOC Champion, a high-end motherboard equipped with Intel chipset X99 and supporting Core i7 CPU and DDR4 memory.

They also feature near field communication (NFC) support and are able to connect with up to eight NFC-ready devices.

Gigabyte also cooperated with several system integrators such as Cyberpower and iBuypower to develop customized PCs and is showcasing 10 of these models at the show. 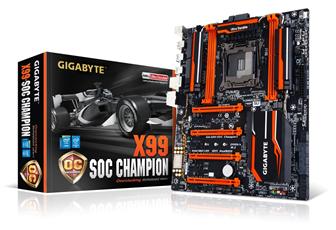