The iPhone 5s have several new features including an 8-megapixel iSight camera with True Tone flash and Touch ID, a technology to unlock users' phone with the touch of a finger.

The new A7 chip in the iPhone 5s brings 64-bit desktop-class architecture to the iPhone for the first time. Apple said it also engineered iOS 7 and all the built-in apps to maximize the performance of the A7 chip.

Every iPhone 5s includes the new M7 motion coprocessor that gathers data from the accelerometer, gyroscope and compass to offload work from the A7 for improved power efficiency. Developers can also access new CoreMotion APIs that take advantage of the M7. The M7 motion coprocessor continuously measures the motion data, even when the device is asleep, and saves battery life for pedometer or other fitness apps that use the accelerometer all day, Apple said.

Built into the home button, the Touch ID uses a laser cut sapphire crystal, together with the capacitive touch sensor, to take a high-resolution image of user's fingerprint and analyze it to provide accurate readings from any angle.

The iPhone 5s features a 4-inch Retina display and glass inlays, while Apple has designed leather cases in six colors-beige, black, blue, brown, yellow and RED, specifically for the iPhone.

The iPhone 5s will be available in the US, Australia, Canada, China, France, Germany, Hong Kong, Japan, Puerto Rico, Singapore and the UK on September 20. A new iPhone 4S 8GB model will also be available for free.

As for the iPhone 5c, the smartphone features a 4-inch Retina display, Apple's A6 chip, and the 8-megapixel iSight camera.

The iPhone 5c features a new design crafted from a single, hard-coated polycarbonate body with a steel reinforced frame for a solid, sturdy feel and also features the same wireless connection supports as the iPhone 5s, Apple said. 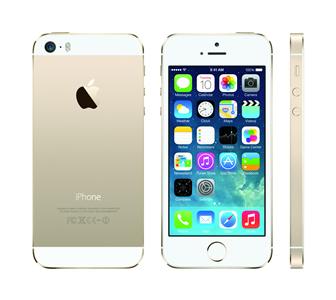 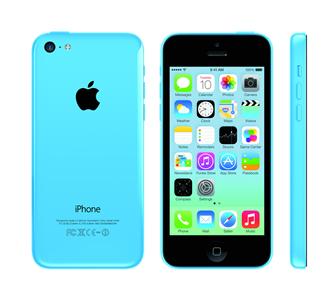