The Razer Kraken 7.1 comes equipped with a virtual surround sound engine capable of ultra-low latency audio processing that simulates a 360-degree surround sound experience that is usually achievable only by incorporating more than one positional speaker driver in each ear cup, said Razer.

The omni-directional digital microphone on the Razer Kraken 7.1 comes equipped with an optimized algorithm, promising crystal-clear voice chat that offers better frequency response, sensitivity and signal-to-noise ratio than a standard analog microphone. It also has a mic mute button and an LED indicator. 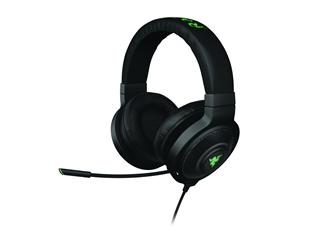