Apple has announced a 128GB version of the fourth-generation iPad with Retina display. The 128GB iPad with Wi-Fi and iPad with Wi-Fi plus cellular models provide twice the storage capacity of the 64GB models. 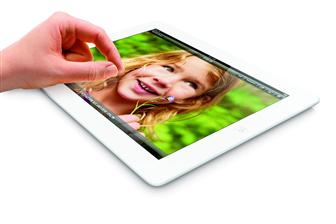