Acer has announced its latest Aspire V5 series touchscreen notebook, featuring a 10-point touch display and a large trackpad, designed to enhance multi-gesture content consumption and to take advantage of the features offered by Windows 8. 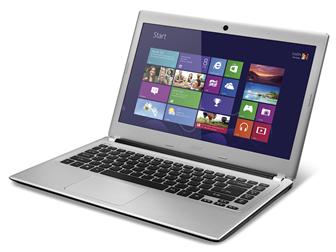