According to a recent Industrial Technology Research Institute (ITRI) report, the global mobile memory market is expected to amount to US$7.7 billion in 2012 and may grow to US$13 billion in 2016 despite the slowdown in America and Europe and the Greek debt crisis. This is because each and every electronic device needs independent NVM operation to make it work.

According to Ralf Kilguss, Senior Segment Marketing Manager, Macronix, many technologies help NVM production, including SONOS (charge trapping and XtraROM are the representative architectures), ROM & fuse, as well as RRAM and phase change that have a great potential, but the floating gate technology (including NOR flash and NAND flash) remains the mainstream.

According to a DRAMeXchange forecast, the processing speed of NAND flash is lower than NOR flash but the rapid increase of various consumer electronics needs data storage - the primary function of NAND flash - and this would help the 2012 NAND flash revenue increase 12% from the previous year, and the NAND flash output value is expected to exceed that of DRAM this year.

As semiconductor manufacturing processes keep evolving and components are increasingly smaller, the floating gate technology now faces a serious bottleneck in micro-memory development. According to Kilguss, because the floating gate technology has electric charges stored in polysilicon, the tunnel oxide at the bottom must be thick enough to avoid direct tunneling and Frenkel-Poole tunneling that easily incur electric leakages and affect memory quality and reliability.

According to Kilguss, generally speaking, tunnel oxide should not be thinner than 8nm, and this makes floating-gate non-volatile memory manufacturers unable to freely reduce their product sizes horizontally or vertically.

Bad block, write/read disturbance, and durability issues to be tackled

On the other hand, floating-gate non-volatile memory size reduction means decreased electric charges stored in polysilicon. According to Kinam Kim's presentation at VLSI-TSA 2005, floating gate memory size reduction from 120nm to 40nm will rapidly decrease the number of electrons stored from more than 3,000 to about 80 if Vth is set at 4V. Because a NAND flash memory has fewer electrons than a NOR flash memory of the same size, the impact on the NAND flash memory is more serious, and the expected lifespan of charge loss tolerance will decrease from more than 10 years to 5 years.

A lower total number of electrons means a more severe impact resulting from losing a same amount of electronic charges. For small-size floating gate NVMs, particularly NAND flash memories, this is a dilemma between data storage and enhanced reliability.

Moreover, NAND flash bad blocks are generated along with increasing program/erase (P/E) cycles, and the endurance affected by write/read disturbance incurred by electric current instability or sensitive components needs to be re-strengthened by wearing leveling, while there is certain danger to long-term data storage.

Write/read disturbance is caused by the voltage difference between the pages selected and unselected (e.g., read the selected page at 0V and write at 20V, while read the unselected at 5V and write at 8V), and ongoing pressure on the unselected page units easily incurs data losses. According to Kilguss, the issue would further worsen as semiconductor manufacturing process advances are making gateway nodes increasingly smaller.

Memory flexibility and reliability factored in by Macronix's new HybridFlash

When the value of a byte or more bytes changes from 1 to 0 during NAND flash read and write, a read disturb error tends to happen. If many times of reading (tens of thousands sometimes, depending on technology) of a page happen before erasing, the error can be even worse. This means that the raw bit error rate (RBER) increases with the increase of NAND flash reading. When there are too many bit errors to be corrected by Error Checking and Correcting (ECC), NAND flash reliability and data storage ability will drop to an unacceptable level, and the issue cannot be completely resolved only by built-in ECC.

In order to resolve the aforementioned issue during micro NAND flash development and provide a high quality solution to embedded storage devices, Macronix has launched its new generation product HybridFlash that factors in both flexibility and reliability. According to Kilguss, HybridFlash consists of XtraROM, flash memory and controller, which can respectively serve OS storage, boot loader/code update, and interface purposes.

XtraROM is able to provide ASIC design based on customer DRM schemes, does not need bad block management and extra ECC, is free from write/read disturbance, requires fewer masker layers than other technologies, and enjoys its exclusive wafer foundry capacity. So many strengths of XtraROM help maintain considerable reliability after product size reduction and do not need the extra backup code image required by other NAND flash technologies.

XtraROM's superiority over NAND flash in many areas

HybridFlash provides a very stable medium to contents and OS, enabling storage as long as 20 years at 85 degrees centigrade and it also works normally from 40 degrees below zero to 85 degrees centigrade. Its security control mechanism effectively guards against hacking, viruses, and unauthorized alterations.

According to Kilguss, Macronix has conducted repeated reading of three sets of XtraROM's single page at 25 degrees centigrade with Vcc set at 3.6V and a data rate at 1MByte per second to test whether the data in XtraROM is affected. After more than 109 tests lasting for 168 hours, 80 units of each of the three sets of XtraROM were randomly sampled (a total of 240 units sampled), and no error was found. According to Kilguss, testing of general SLC/MLC NAND flash under the same settings would show errors of disturbance within one hour.

HybridFlash can replace CDs and DVDs traditionally used to install or distribute Windows, Office, Visio, Project, Visual Studio, Visual FoxPro, Adobe Acrobat, Games, etc. According to Kilguss, the data written into HybridFlash can be preserved longer, free from virus attacks, and can do without any wait for downloading. HybridFlash also helps netbooks, tablets, smart phones, and slim notebooks do without the space for CD players to make them even more compact. 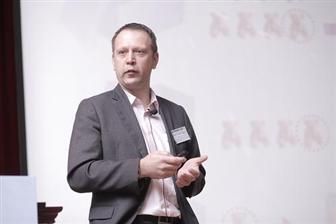