The new-generation UEFI firmware architecture offers an integrated environment to accelerate firmware development. Its functions not only cover legacy BIOS, but also improve boot-up performance, system security, cloud connection and intelligent technology support. The modularized firmware architecture and the up-to-date codes can greatly save the time for developing firmware to meet system developers' demand for multiple products in small volumes and diverse specifications.

A look at Phoenix's SCT firmware architecture chart reveals that the Foundation (Green H) is formed by the EFI-developed EDK1 with patches and EDK2. Above it is the Phoenix-architected Kernel. The next is the Executive layer where Phoenix adopts a clear modularized design. Different combinations of processors, chipsets and operating systems, as well as different system makers' firmware specifications, can be accommodated by modularized changes and partial upgrades.

Phoenix's technological strengths come from more than 30 years of experience in the BIOS field. Its Phoenix SCT meets the latest UEFI standards. Its modularized architecture and clear code tree can increase the reusability of the firmware's kernel, as well as accelerating the development of firmware projects to allow products to hit market shelves sooner.

He further pointed out its new features. First, the hardware IRQ (interrupt request) replaces the SMI (system management interrupt) of the legacy USB simulation function. Because there is no need to define the SMI, it will be easy for transplantation and offer wider support for USB devices already available on the market. Second, it supports a wide range of USB 3.0 xHCI controller chips. Third, it features Crisis Recovery for USB2/USB3.0 peripherals. Fourth, it improves compatibility with peripheral drivers through USB driver simulation and recognition of the SCSI instruction set.

For other support, it redesigns the entire firmware code, clearing all confusing and clumsy platform codes to offer a simplified architecture for platform transplantation. It automatically indicates CMOS information and generates related codes during the building process.

Phoenix SCT 2.2 also supports WinHost64 to execute 64-bit applications under the 64-bit Windows environment. And the design of the kernel simplifies the code, with capability of supporting prototypes of new versions of architecture. As for debugging, it features SBCS (single-byte character set) or DBCS (double-byte character set) Port 80 Enhanced PostCode output during driver input.

Chen pointed out that the ultimate aim of the next-generation Phoenix SCT3 is to have EDKII continue the performance and stability of Phoenix SCT2 products, with compatibility with x86 and ARM platforms to satisfy the needs of the cross-platform generation. At the same time, through the Hybrid Build System it will support both SCT 2.x and EDK2 architectures, as well as hybrid development environments to assist clients' smooth transition from SCT 2.x to SCT 3.0.

He said that SCT 3 will be designed to meet the needs of the ARM, server, storage, embedded and tablet markets to optimize the boot-up time, ROM space and UEFI firmware functions.

Chen concluded by noting that Phoenix CoreArchitect 5 (PAC5) works with all versions of Microsoft Visual Studio. One single toolkit can take control of the entire development process, making use of an interface design of intuitive icons to provide an easy and comprehensive firmware development and debugging environment. With a mouse-over pull-down menu, one can examine each and every module and development guideline for the entire project, and can also customize the setup in line with one's specific needs to accelerate the firmware development. 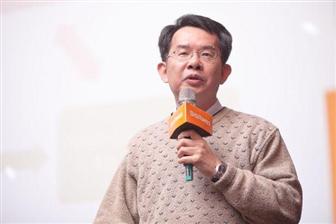 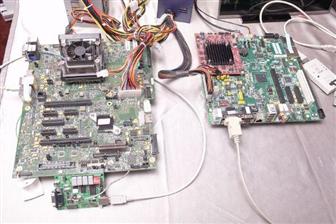