The doors to Gitex 2011, one of the biggest MEA international computer exhibitions on the planet, will be open between October 9 and October 13. MSI will be taking the field with incorporate components that mark the latest technological achievements by Intel, AMD, and Nvidia. It will be showing four major series of notebooks, featuring the newest processing platforms and powerful visual display units. They include the GT780, GT780R, and GT683R of the G Series, the F Series' FX620DX and FX420, the CX480, CX640 of the C Series, and the X Series' X460DX and X370.

Sam Chern, director of global marketing, MSI Notebook, explains that the GT780 and GT780R just broke another world record for speed at the Intel IDF conference held in Beijing this year, racking up more than 20,000 points on PC Mark Vantage . MSI also worked closely with SteelSeries to design a combat keyboard for the GT780 and GT780R specifically for the extreme gamer.

The GT780, GT780R and GT683R both sport the latest Nvidia discrete graphics card, which giving them unparalleled display performance. The X460DX comes with Intel 2nd generation Core i processor and MSI's own heat dispersion technology, giving it performance unprecedented in an ultra-slim computer. In addition, the CX480 packs INTEL's new generation, high-performance CPU, making it the ultimate multimedia laptop computer.

MSI is rolling out the newest additions to its G Series of gaming notebooks at Gitex 2011. The GT780, GT780R and GT683R all pack Intel second generation Core i7 quad core processors under the hood. MSI has achieved new heights in gaming power with the GT780, GT780R and GT683R, which feature new generation Nvidia discrete graphics card, making its debut at this exhibition.

The GT780, GT780R and GT683R are not only your first choice for performance; they also offer superior sound and visuals. They come with top-of-the-line Dynaudio and THX TruStudio Pro smart wrap around sound and full HD, high resolution screens for the ultimate multimedia experience. In addition, MSI worked closely with leader in gaming components SteelSeries to design a keyboard for the GT780 and GT780R specifically with the serious gamer in mind. The new keyboard is much more rugged and the new design better meets the needs of extreme gamers to give you the edge in the heat of battle

MSI will be unveiling new additions to its C Series of multimedia notebook computers at Gitex 2011. They include the 15.6-inch CX640 and the 14-inch CX480. MSI has cranked up the systems performance of the CX480 and CX640 notebooks with Intel second generation Core i processors and Nvidia's GeForce all new discrete graphics card.

Data backup and restoration are no longer a hassle with MSI's Time Stamp software. With one touch, this new application backs up or restores data on the CX640 and CX480 in just seconds. You can set Time Stamp to back up automatically and it only takes ten seconds to finish the job. You don't even have to turn your computer on to execute systems restoration and get your computer back into tiptop health.

The CX640 and CX480 come with new generation SRS PC Sound for natural wrap around high fidelity sound whether you use the built-in speakers, external ones, or headsets. These laptops will satisfy your craving for crisp, clear sound.

MSI will be displaying the newest members to its X-Slim Series of ultra-thin laptop computers at this year's Gitex. They include the 13.4-inch X370, which tips the scales at a mere 1.4kg, and the 14-inch X460DX, which weighs in at only 1.9kg. Both are gorgeously slender and less than one-inch thin. The X370 packs AMD's dual core processor, while the X460DX is equipped with Intel's second generation Core i CPU. These thin NBs are not only powerful, they boast over eight hours of battery time-great news for on-the-go individuals yearning for a full day's power.

MSI's X460DX laptop is equipped with Intel Wireless Display 2.0 transfer technology, so you can enjoy high resolution 1080p videos and 5.1 surrounding sound on large, full HD screens without the hassle of a tangle of wires.

To enhance the X460DX's sound performance, MSI worked closely with sound design specialists at Creative to incorporate cinema-grade THX TruStudio Pro wrap around sound which reproduces crystal-clear sound regardless of source. The X370 comes with new generation SRS PC Sound for natural wrap around high fidelity sound whether you use the built-in speakers, external ones, or headsets. This laptop is designed to satisfy your craving for crisp, clear sound.

MSI is rolling out its all-new F Series laptops at Gitex 2011. They include the 15.6-inch FX620DX and 14-inch FX420, which pack powerful Intel second generation Core i processors and are sheathed in MSI's own raised totem seal coating. In addition, they come with MSI's sophisticated color film print which is not only stylish, but practical as it protects against scratching and wear. The size is perfect for people on-the-go, so whether you fly a great deal or spend a lot of time running about town, you don't have to worry that your NB will get scratched by other things when you stuff it into your attaché case.

To enhance sound performance, MSI incorporated its Premium Sound, technology characterized by masterful craftsmanship and uncompromising standards for sound quality, into the FX620DX and FX420 laptop computers to give them unprecedented sound fidelity. What's more, MSI worked closely with sound design specialists at Creative to incorporate cinema-grade THX TruStudio Pro wrap around sound, which reproduces crystal-clear sound regardless of source.

The FX420 and FX620DX not only feature neck-snapping new generation CPUs and discrete graphics cards, their power can be kicked up a few notches when needed, because they come with MSI's exclusive software. These include Cinema Pro image enhancement technology to make graphics even more true-to-life and MSI GPU Boost technology to further enhance graphics performance. So whether you're playing 3D games or processing heavy load graphics applications, these machines do a smooth, hiccup-free job. 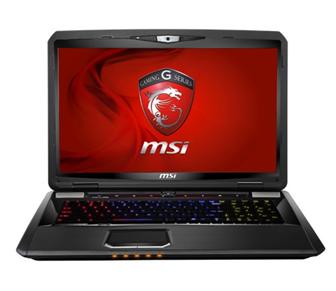 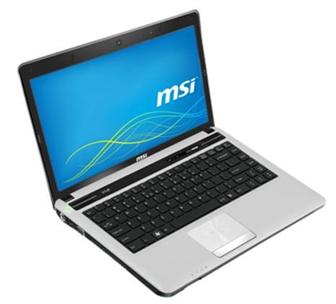 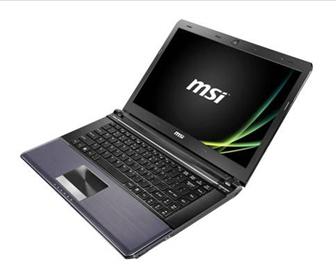 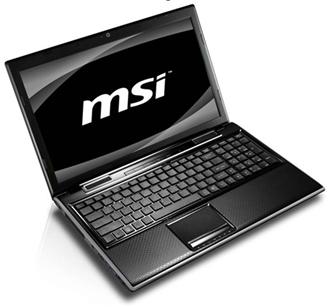