As technology advances, many new digital products will be brought into the family, the concept of the network to further link the consumer experience the future of the Internet world. With Google TV fried hot, LCD television has become a family entertainment spindle, whether it is CD-ROM drive, personal computers, smart phones, Set-Top Box, etc., all want to link with television, the information sharing through television, to get high-quality, high visual, high-three high-enjoyment of stereo sound.

2009, digital entertainment media market size of about 1.35 trillion U.S. dollars, up 1.61 trillion estimated in 2013. Gradually from this year's popular 3D, and the future is about to achieve the Quad HD and Ultra HD era, so that large volumes of audio and video communications become an indisputable fact. At present, the major television peripheral devices to a wired HDMI connection or the past, audio and video cables complicated and difficult to take into account was beautiful, and the wire length cost and limited have become consumers in the digital home arrangement problems. To improve this problem, WHDI, Wireless HD, Wi-Fi, WiGig technical specifications have been listed, through the wireless transmission technology, Full HD to meet the demand of transmission bandwidth, eliminating the problem of wiring set and let the mobile device and home entertainment device data in real time simultaneously.

Enlarge optimistic about the development of wireless transmission technology, TWNTech over the years to expand the HDMI and Bluetooth and other wireless product development. And self-brand "TWNTech" establish an international image, the hope that Taiwan (TWN) both quality and value of science and technology (Tech) ideas, passing the world.

Wi-Fi is now a mature wireless technology nowadays, the use of Wi-Fi multimedia data transmission in the 5GHz band, although the transmission rate of better than 60GHz for Wireless HDMI, but has a price close to the people and the immediate convenience. It lets you in all personal computers, consumer electronics and portable devices, providing real-time video sharing.

Try to imagine that consumers can easily cross the room in the wireless transmission, HDMI through the largest home television, watching the contents of your hard drive to share, a pen picture of wireless transmission Youtobe to the TV, and wireless laptop in any music, video, photos, the LCD TV to watch at home, as long as your notebook with the Intel i3 Windows 7 and above level CPU, you can let consumers at home to the most comfortable sofa, wireless transmission of high definition video and audio transmission .Wi-Fi use with HDMI for the future home audio-visual equipment, high-speed wireless network is expected through the combination of both exempt tangled cable clutter, but also enjoy high quality video services.

Mr. Allen Yu,General Manager of TWNTech. He insists TWNTech to be the best Totally HDMI Solutioner and be the pioneer in this field. 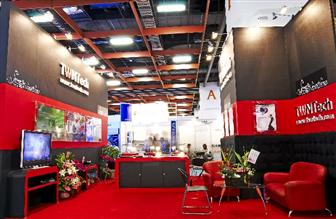