The 15.6-inch FR600 3D also boasts Intel's Core i5 processor, that features Intel Turbo Boost and Hyper-Threading technology, as well as MSI's own Turbo Drive Engine (TDE) technology to instantly throttle up system performance with the click of a button. 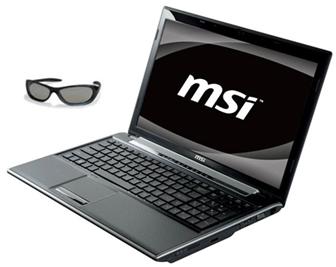