The Asustek ENGTX280 TOP/HTDP/1G graphics card boosts the core, shader, and memory clock performance up from 600MHz to 670MHz, 1300MHz to 1460MHz and 1100MHz to 1215MHz, respectively. The performance boosts help raise the graphics card's 3DMark Vantage Extreme Preset score from 4877 to 5440, an improvement of 12% in speed compared to reference designed board, claimed Asustek. 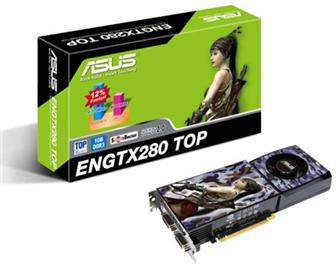