The EN9800GTX is able to deliver full-throttle gaming experiences at extreme HD resolutions, while providing optimal power management with the built-in HybridPower technology, according to the company. It also features full compatibility with 3-way Nividia SLI technology, an integrated SmartDoctor feature that overclocks the Shader Clock for graphical boosts and GamerOSD for real-time overclocking, benchmarking and video capturing in any PC game.

The EAH3850X2/HTDI/1G comes specially designed with dual fansinks for the two onboard ATI HD3850 GPUs, ensuring efficient heat dissipation for more stable operations. On top of all this, the EAH3850X2/HTDI/1G is equipped with 1GB of onboard memory designed to provide feature-rich DirectX 10 gaming and the best multimedia playback without any lagging at ultra-high resolutions and maximum quality settings.

The EAH3650 SILENT/HTDI/1G features the latest generation of ATI GPUs and with a large onboard memory size, is designed to provide feature-rich DirectX 10.1 gaming and multimedia playback at ultra-high resolutions and maximum quality settings. Additionally, it natively supports HDMI and is equipped with a noiseless cooling solution. 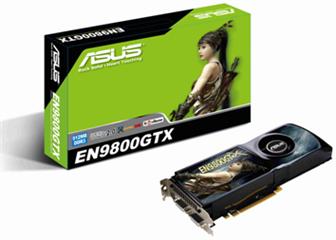 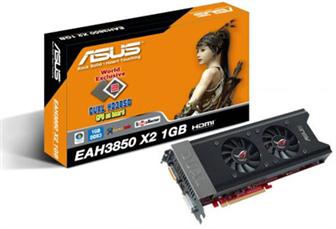 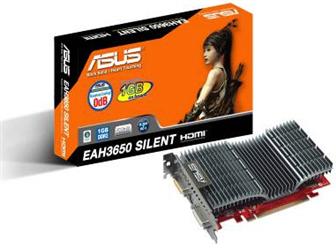