Transcend's 133x CF cards target users such as professional photographers, reporters and photography enthusiasts. To ensure compatibility and speed, these cards operate in both dual-channel and Ultra DMA mode 4 modes. Transcend's 133x CF cards achieve read/write speeds of up to 45MB/16MB per second on average, making consecutive shooting and non-stop video recording with today's high-performance digital single lens reflex cameras (DSLR) easier than ever, according to the company. 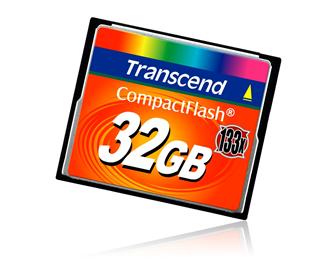