The CPU coolers incorporate two aluminum pipes that dissipate heat from the CPU directly into the heatsink fins.

The entire heatsink of both versions keeps a relatively low profile and only weighs 370g. 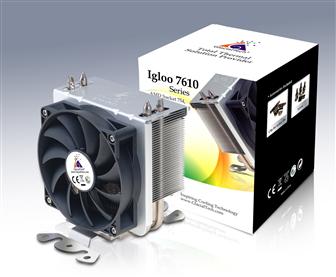