The XPS M1730 supports overclocking of the Intel Core 2 Extreme processor X7900 up to 3.2GHz (from 2.8GHz as standard) and features Nvidia SLI technology with support for DirectX 10 graphics.

The notebook also features a backlit keyboard with separate 10-key number pad, a high-definition display with a response time of 7ms and support for Dell's LightFX application, allowing users and developers to manipulate the system's multi-colored perimeter lighting LEDs.

The notebook comes at a starting price of US$2,999. 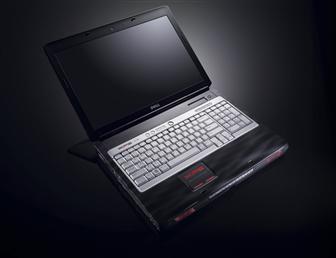