The dual-fin heat sink design leaves space in the middle for excess airflow to pass through without the usual resistance of traditional heat sinks, which pushes hot airflow out of the chassis at an even faster rate.

The Hyper 212 will be available soon worldwide at a suggested retail price of US$42.90. 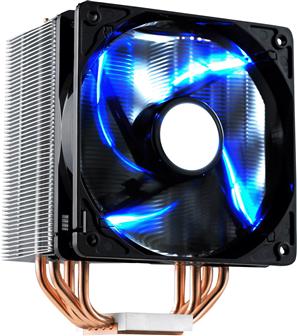