VIA Technologies announced its VIA pc3500 motherboard, a low-power platform that enables OEMs and system integrators (SI) to build desktop PCs that draw less than 24W in an idle state.

The pc3500 motherboard draws only 1.09W in sleep mode, and 0.68W in standby (off mode). The system even draws less than 35W when playing back a DVD, according to VIA.

The pc3500 is based on the VIA CN896 digital media IGP chipset, certified by Microsoft for Windows Vista Basic and featuring the VIA Chrome9 HC IGP with a DirectX 9.0 3D accelerator for high performance, a 2D accelerator for productivity applications, and the Chromotion 3.0 video display engine for advanced hardware-based video processing. Combined with the power efficient VIA C7-D processor supporting the 400MHz VIA V4 bus, the VIA pc3500 motherboard delivers an average power consumption of less than 25W.

The pc3500 motherboard is available globally with the pricing information available upon request, noted the company. 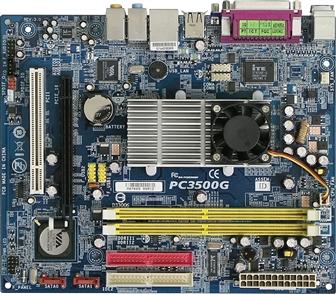 Tags
Mobo, chipset Mobos
Share this article
Other links
Print
Related content
Related stories
VIA launches new Mini-ITX board for IPC market
VIA chipset team reportedly to jump to ASMedia
VIA sees drop in August revenues growth
ASI adopts VIA processors for energy efficient PCs in Mexico
VIA introduces 1W Eden CPU for embedded applications
SiS sees growth while VIA revenues decline in July
Systemax launches PC using VIA energy-efficient board and processor in US
VIA introduces new Nano-ITX motherboard for embedded systems
VIA to launch new processor architecture in 1Q08