Based on recommendations from consumers, Thermaltake made the 3.5-inch cage removable for easy installation. This feature saves users time changing hard disc drives (HDDs) and provides more space for installing long VGA cards, according to the company.

Soprano FX's ventilation design provides a stable system environment. It has three standard system fans with another LED silent fan. An optional 23cm fan equipped on the side panel can further enhance airflow.

The Soprano FX has a manufacturer's suggested retail price of US$216 and will be first released in Western and Southern Europe, the Middle East, Russia and Southeast Asia at the end of August, according to the company. 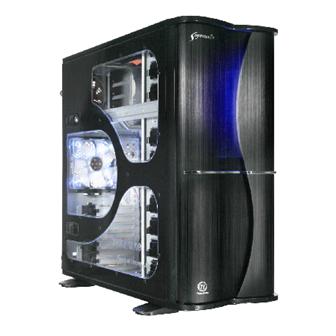