The D'VO series can support Blu-ray and HD DVD, while with the Deluxe model users can use the remote control to act as a keyboard and mouse for the system. The SG33G5M Deluxe has built-in Wi-Fi 802.11b/g to connect to the Internet, and Speed Link technology to transmit files between two systems with a USB cable. 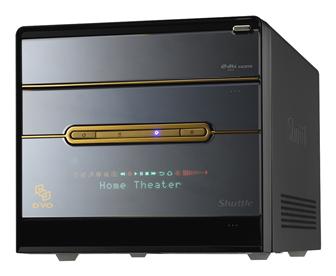