With closely coupled GPS and dead-reckoning (DR) sensor measurements, such as acceleration and heading data, Navsteadi improves positioning accuracy in environments where GPS signals are weak or unavailable, such as dense urban canyons or tunnels. No special installation is required to use Navsteadi and can be integrated into a device cradle.

The transition from the DR sensor to GPS antenna and vice-versa is seamless and requires no intervention by the user. With Navsteadi users can enjoy the same quality positioning typically found on expensive built-in navigation systems.

"As a global leader in the portable navigation device industry, Mio Technology is devoted to making the benefits of GPS navigation fully accessible to all," said Samuel Wang, president of Mio Technology. "With Mio Technology's expertise in hardware and software development and SiRF Technology's competencies in technological innovation, we have together developed a new solution that offers positioning reliability only previously found on costly in-dash systems."

Navsteadi high-precision technology will become available on Mio DigiWalker devices in the third quarter of 2007.

In addition to its widescreen car navigation systems, Mio is also presenting for the first-time its navigation systems with TV viewing and recording functionality, including the 7-inch Mio DigiWalker C517, designed specifically for the Korean market. Equipped with a built-in Digital Multimedia Broadcast (DMB) receiver and a spacious screen, C517 is not only great for navigation, but also for entertainment on the go, allowing users to watch and record DMB TV programs. For 1-seg TV viewing in Japan, Mio also offers the 4.3-inch Mio DigiWalker C523.

For visitors seeking devices with all-in-one capabilities, Mio offers two of its newest GPS PDA phones, the Mio DigiWalker A501 and A702. Featuring built-in GPS antennas, Windows Mobile and phone capabilities, they allow users to organize, connect and navigation on one stylish and compact device. Computex 2007 is the first time the Mio DigiWalker A702 will be presented to the public. 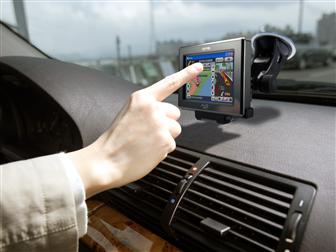